These are the images for my final solution for the Good is brief. I decided to change my idea a few days before module submission which has made everything a bit hectic, but to be honest I wasnt happy at all with what I had previously produced, I feel that I could have done so much better so I have done something about it. My new idea is still based around the same concept and story, I have just changed the outcome. My new idea was one that I had written down at the beginning of the process, but I didnt feel that was enough. I did try and design a look book but I didnt gather enough material to create something decent and meaningful. This new outcome is a 'make your own polka dot pattern pack'. The pack contains 10 variations of polka dot pattern stencils, with a pot of black fabric paint, a roller and a small guide of how to use the pack. 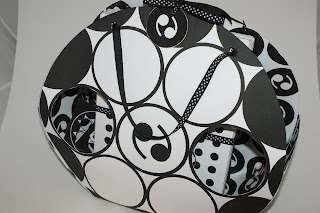 This is the bag/ pack that holds all the mentioned items to help make polka dot patterns. The bag is slightly taller than an A4 page which means that the stencils fit snug inside. The front of the bag has my logo inspired pattern on it, which has also become part of my branding. I was going to 'diecut' all of the white circles but realised this would make the front very flimsey and it may not support the contents. So instead I decided to cut out the two circles beside the logo, which makes the logo feel more centralised and helps it stand out. 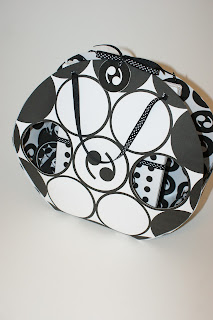 The sides of the bag are a little too short which meant that without the hole in the middle of the handles tieing it together, it would spread out wide. I think that this fault has worked to my advantage in a way because the bow meant that I could make a card tag with the logo on. The 'diecut' circles could maybe have accetate covering them so that nothing could fall out of the bag when it was being carried. I am proposing that the black on the front of the bag would be spot varnished, I think this would make it look more sophisticated. The stock I have used is white card, I think it is sturdy enough, but I would possibly need to use a stock with a slightly higher gsm so that when the middle bow was undone the bag wouldnt fall apart, but the length of the sides would also have to be higher. 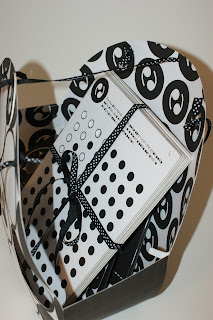 The inside of the bag uses a repeated pattern of the logo, I thought that this would keep continuity between all of my designs and it also looks better than just white or black. I think it would look really cool if one or two of the inside logos were silver foil blocked. Its not very often that the inside of a bag has that much detail, but I just think it would be a nice touch. 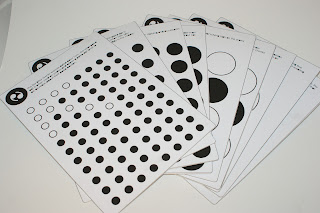 These are my ten polka dot stencil variations. Each one goes up by a cm in terms of the circumference of the dot. Each stencil is an A4 size with rounded edges, I decided to make rounded edges because I felt that ridged ones wouldnt fit in with my curvacious theme. 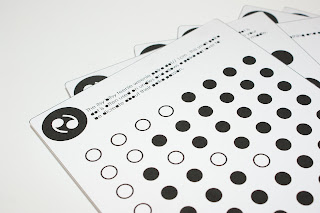 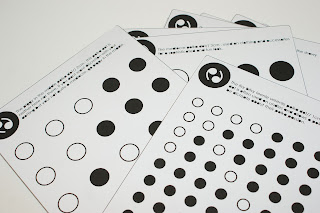 Each stencil has white and black polka dots on it, and where possible, I have created a white dotted arrow which points to the name of the polka dot and its meaning. In an ideal world I would of liked to have had the white dots diecut and the black dots would have been perferated so that the 'customer' could have popped them out as and when they liked and used them to decorate things with polka dots. 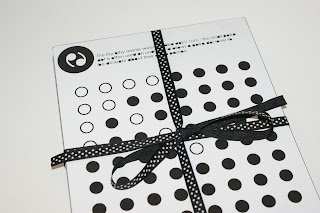 Each stencil has the brand logo on the top left corner and along side that is the definition and name. The logo would be silver foiled on each stencil just so it makes it that bit more attractive. 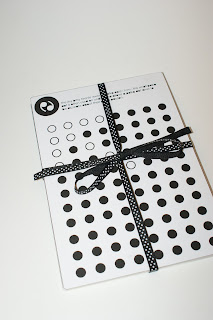 The stencils would be kept together by polka dotted ribbon tied in a bow, this would then be placed within the designed polka dotted bag. 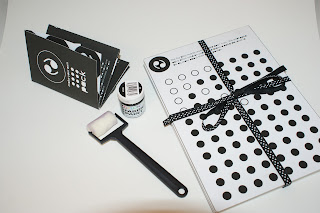 This is what the pack would include (there will also be a tshirt but I forgot to buy one). There is the 10 stencils, the pot of black fabric paint, a small roller and a hotdog book explaining how to use them all. 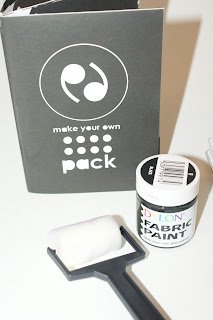 The fabric paint will last a long time if used correctly on the t shirt, by providing this it also means that the customer can apply the stencils to other fabricated items, including canvas bags etc. 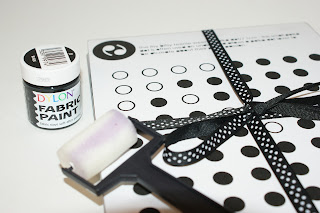 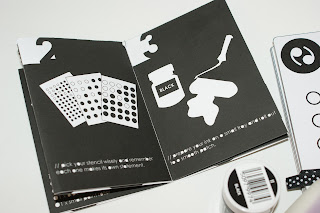 The book is illustrated with simple images and clear instructions on how to use the pack. 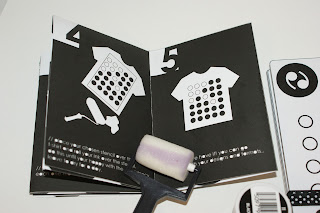 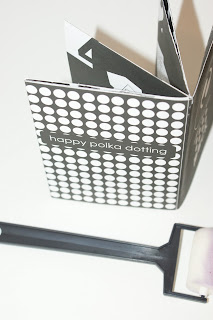 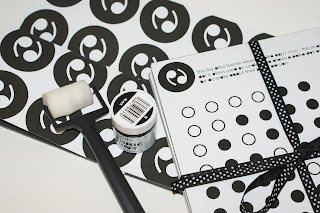 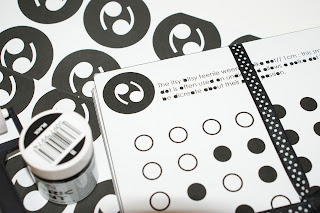 The inside of the hotdog book has the same pattern as the polka dot bag. 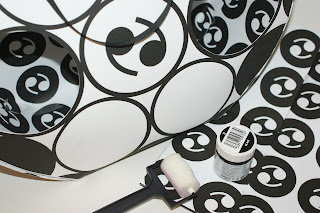 This photo shows the design continuity between the hotdog book and bag a bit better. 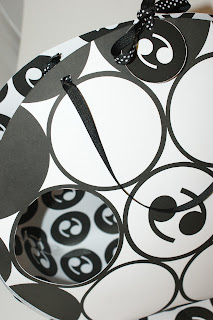 Looking through a diecut hole onto the patterned inside. 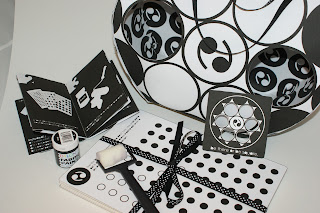 This a slightly closer photo of my final collection of design outcomes. I also designed mailshots which can be seen leaning against the bag on the right hand side. These would be made of thick card, double sided, with foil blocking on the logo. These would be handed out in retail hotspots to fashionistas and of course anyone seen wearing polka dots. I say mailshots because they could also be sent to boutique shops that may be interested in coming to my big polka dot event. 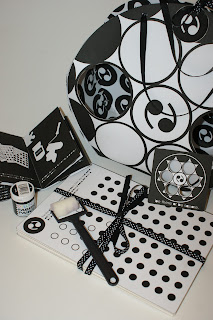 This is probably the best shot I got of all my final solutions, you can clearly see all the outcomes and I think that it can be clearly understood what it is. This photo also shows how there is a visual consistency between all designs and how well they all work together. 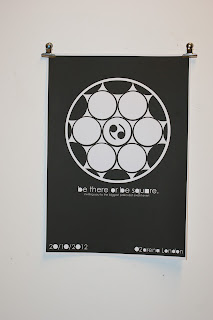 This last design is part of the promotion for my event, it uses the logo and pattern to brand it. I want to slowly promote my event by designing a series of posters that lead up to this last poster that contains all the information needed to attend the event. I also have the pun 'be there or be square' which I think would work really well as a tag line for the event to get people interested.
Posted by kirsty hardingham at 11/21/2011 09:11:00 pm